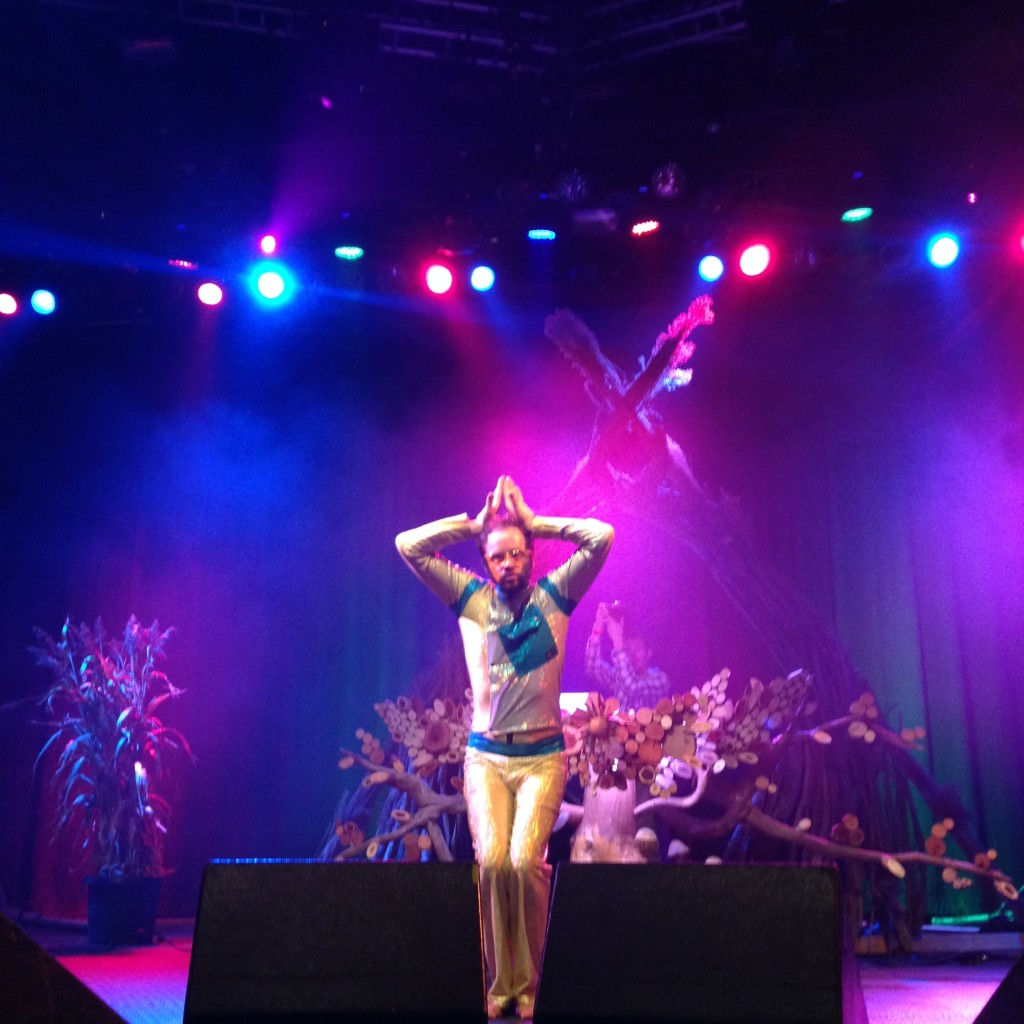 Friday night I went to see a concert with a group of friends. We spent the entire time dancing front-and-center which always makes a concert more enjoyable for me. A couple taller women had edged their way in front of our group so we moved to the side. I noticed there was a walking dead energy about one of the women. Before the main act she fell to the floor extremely intoxicated. She needed help up.

Later she was dancing very erratically, whipping her head and body side-to-side she cracked her skull into the side of my head with a lot of force. Ouch! I gave myself space from where she was dancing and continued to enjoy the show. Around that time some of my friends moved father back in the venue as they were uncomfortable with the energy where we were standing. Without noticing she’d edged closer and again whack, she cracked me in the side of the head with her skull. She was so loaded she didn’t seem to notice. It rattled my brain. I put several people between the two us and didn’t have any other incidents the rest of the show.

That night I had a headache, thinking it was dehydration, I drank extra water. In the morning I still had a headache of an odd sort. I recalled the head-crack and noticed the base of my skull was tender from the sideways impact. As an intuitive I’m very sensitive to the energy of other’s in my space. I felt the energy of this woman in her absence and was curious about it. What was the whack about? Besides wanting to get rid of my headache, I wanted to see how her energy got into my space.  There is always something that allows the energy in whether we are conscious of it or not.

In mediation, I pulled an image of myself up on my reading screen and noticed the pain energy in my head area. I visualized this pain leaving my body, going into a rose, and then sent the rose to a faraway place to be dissolved. After that, I looked around to see if there was something more for me to learn.

I saw a belief system up for review, my assumption that I can have my own experience without being impacted by those around me. My belief was that people can’t get into my space unless they are someone I care about. I am flexible and don’t easily let other’s attitudes or experiences get under my skin.

Due to this belief I disregarded the signals telling me to move when these women first entered my surroundings. I wanted to be standing where I was standing and wasn’t going to change that. It was a concert, we all bought a ticket, it didn’t matter that people were drunk, on drugs or just unconscious of their impact on others. Right? But in the density of human energy around me I wasn’t paying attention to my intuitive hit that I didn’t want to be near her energy.

I laugh at the irony of a favorite phrase I’ve shared with many friends and clients over the years:

“Listen to the taps [your intuitive knowing], so you don’t have to get whacked up-side the head.”

Literally! Intuition is always trying to get my attention even at a crowded concert. There will always be people who get in my space who I don’t like having there. Life is full of these repeated opportunities to know my boundaries.

Like this space invader experience, some soul agreements are momentary opportunities to listen to my intuition. Reminders that even what seems like a small thing, that was ok to overlook or disregard, such as changing where I stand in a crowd, has repercussions. I had a headache for 24 hours and could have avoided it if I’d listened to my inner-guidance. On the bright side I got to learn about an outdated belief system that was getting in my way of taking action on my intuition and let go!